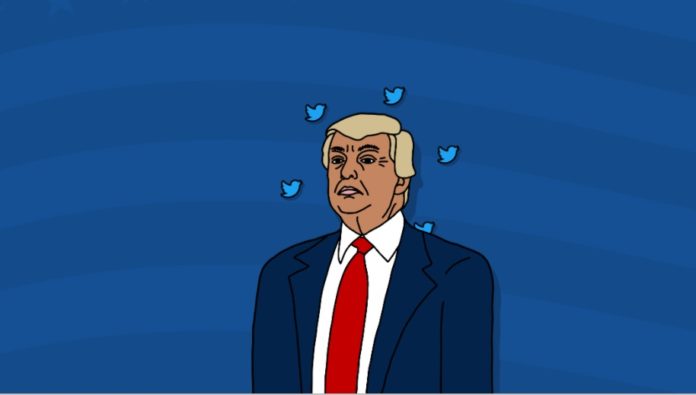 Activists from the tech and entertainment industries have combined their knowledge and launched a “Block the Bully” campaign aimed solely at President Donald J. Trump.

Trump regularly takes to Twitter to air his opinions, some controversial some not – some, people consider, are downright bully tactics.

Launching Block the Bully on March 16, the activists hoped for Twitter users to connect via their app, unfollow and then block @RealDonaldTrump. Using the platform ensures that Donald Trump gets a notification each time he has been unfollowed and blocked. Even if users don’t follow him, the Block the Bully feature still pushes a notification through to the President.

One of the project’s leaders, speaking to Tech Mic under anonymity, explained how this is one way to take some control back. “Trump is using Twitter as his bully pulpit, and I think everybody knows that […] We realized that this is Trump’s own, direct-to-consumer channel that he feels empowered by, that he controls.”

The New York Times compiled a list last year of “the 319 people, places, and things Trump has insulted on Twitter.” It has since been updated on March 28, to take the tally to 325. The insults are hurled at politicians, journalists, election pollsters, through to the FBI, Whoopi Goldberg, and various nations, according to the list.

By targeting Trump’s Twitter following of some 27 million, and the platform which he uses frequently to publish his anger, Trump will receive a strong message, they say.

The organizer and its members, going under the name “The Resistance” said in a phone interview, “We know what a thin skin he has, that he reacts to everything. If we could get a vast number of people to unfollow, and even block him, in the channel that he values the most … I think it sends a very strong statement.”

The Block the Bully campaign will also share Trump’s number of followers on a regular basis, predicting they will soon see a downward trend; and with the option of sharing this app, they also hope for a widespread movement to take place. Of Trump’s 26 million Twitter followers, fewer than half actually voted for him. The majority are people like us — citizens who want to see what our president is up to and, candidly, can’t look away from what we perceive as the train wreck that his is presidency so far,” the creators of the app said in a press release. “But what if we did look away? What if tomorrow Donald Trump woke up and saw his following cut in half?”

Twitter is an important social media tool for the US President, as well as many organizations. The new digital activists consider their project “incredibly important” and hope to pave the way for other campaigns to inspire political change.

This article (New “Block the Bully” Donald Trump App Launched on Twitter) is a free and open source. You have permission to republish this article under a Creative Commons license with attribution to the author AnonWatcher and AnonHQ.com.