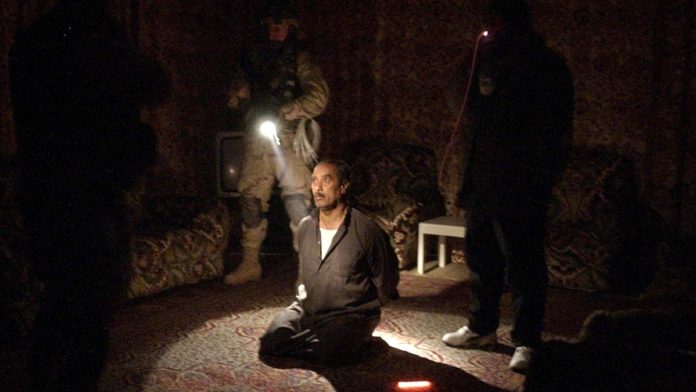 Washington, DC — A study released earlier this year revealed the shocking death toll of the United States’s “War on Terror” since the 9/11 terrorist attacks, but the true body count could be even higher.

Published in March by Physicians for Social Responsibility, the study, conducted by a team that included some Nobel Prize winners, determined that at least 1.3 million people have died as a result of war since Sept.11, 2001, but the real figure might be as high as two million. The study was an attempt to “close the gaps” in existing research, including studies like the Iraq Body Count,” which puts the number of violent deaths in that country at about 219,000 since 2003, based on media reports of the time period.

Investigative journalist Nafeez Ahmed, writing in April for Middle East Eye, explained some of the ways the previous figures fell short, according to the physicians’ research:

“For instance, although 40,000 corpses had been buried in Najaf since the launch of the war, IBC [Iraq Body Count] recorded only 1,354 deaths in Najaf for the same period. That example shows how wide the gap is between IBC’s Najaf figure and the actual death toll – in this case, by a factor of over 30.

Such gaps are replete throughout IBC’s database. In another instance, IBC recorded just three airstrikes in a period in 2005, when the number of air attacks had in fact increased from 25 to 120 that year. Again, the gap here is by a factor of 40.”

The physicians behind the study also praised a controversial report from the medical journal The Lancet that placed the toll count far higher than that of Iraq Body Count, at closer to one million dead. In addition to the war in Iraq, the PSR study added additional victims from other countries where the United States has waged war:

“To this, the PSR study adds at least 220,000 in Afghanistan and 80,000 in Pakistan, killed as the direct or indirect consequence of US-led war: a ‘conservative’ total of 1.3 million. The real figure could easily be ‘in excess of 2 million’.”

These figures may still be underestimating the real death toll, according to Ahmed. These studies only account for the victims of violent conflict, but not the many more who will die as a result of the damage war brings to crucial infrastructure, from roads to farms to hospitals — not to mention devastating sanctions like those placed on Iraq after the first Gulf War in 1991. He continues:

“Undisputed UN figures show that 1.7 million Iraqi civilians died due to the West’s brutal sanctions regime, half of whom were children.

The mass death was seemingly intended. Among items banned by the UN sanctions were chemicals and equipment essential for Iraq’s national water treatment system. A secret US Defence Intelligence Agency (DIA) document discovered by Professor Thomas Nagy of the School of Business at George Washington University amounted, he said, to ‘an early blueprint for genocide against the people of Iraq.’”

Similar figures for Afghanistan, he reports, could bring totals to four million or more.

As Ahmed points out in his article, the majority of those killed in these wars and those suffering most from these wars, statistically speaking, were Muslim — a stark contrast to the common view that radical Muslim terrorists are the deadliest group in the Middle East. Rather, it would seem the American military are the worst killers, and the death toll resembles religious genocide. In 2009, Stephen M. Walt, a professor of international relations at Harvard, wrote in Foreign Policy:

“How many Muslims has the United States killed in the past thirty years, and how many Americans have been killed by Muslims? Coming up with a precise answer to this question is probably impossible, but it is also not necessary, because the rough numbers are so clearly lopsided.”

Or, as Ben Affleck famously quipped to Bill Maher last year: “We’ve killed more Muslims than they’ve killed us by an awful lot.”