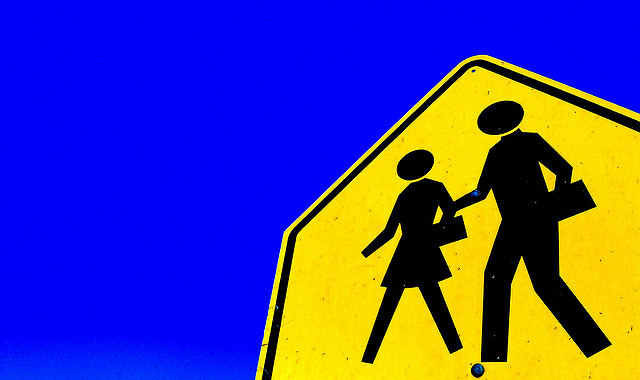 Whether we like it or not, prejudice in society is deeply rooted in our past. While many of us would like to think that we are open-minded individuals, many people are prejudiced towards others based on group affiliations, be they racial, gender, ethnic, religious, or even political.

However, determining whether someone is prejudice can often be an impossible task, especially since many of us are unaware that we are prejudice ourselves. It is widely known among psychologists that many of our prejudices operate automatically, without us even being aware of them.

While it may be challenging determining if we are or not prejudiced toward certain groups, a recent quiz suggests that a large percentage of people agree with a number of sexist statements.

Peter Glick of Lawrence University in Appleton, Wisconsin, and Susan Fiske of Princeton University studied subtle sexism for two decades. Together, the pair developed the theory of ambivalent sexism, later publishing their findings in the Journal of Personality and Social Psychology.

Great quiz on sexism by @LauraSanthanam I made the mistake of defining cherished incorrectly on one question https://t.co/NmUWv711ie

As highlighted in their study, The Ambivalent Sexism Inventory: Differentiating hostile and benevolent sexism, Glick and Fiske theories that there are two forms of sexism towards women – Hostile Sexism (HS) and Benevolent Sexism (BS).

According to their theory, when an individual threatens, intimidates or abuses a woman, they demonstrate hostile sexual attitudes. However, when an individual acts as if women are incapable of managing her own life, this is also considered to be a form of sexism – “benevolent sexism.”

Earlier this month, PBS NewsHour published a pared-down version of Glick and Fiske’s original 22-question Ambivalent Sexism Inventory. Two weeks after the publication of the quiz, it had been completed more than 153,000 times by respondents. This number has since grown to more than 211,000 times.

59 percent of the quiz respondents said they were male, while over a quarter identified as female. The remaining respondents either did not reveal their gender identity or chose ‘other’. Respondents were asked to grade a series of statements on a 0-to-5 – 0 meaning ‘disagree strongly’ and 5 meaning they ‘agree strongly’. A neutral option was not offered.

When looking at which of the statements the respondents did and did not identify with, the findings become even more interesting. According to the quiz, all respondents agreed most with the statement “feminists are making unreasonable demands of men,” with male respondents offering the strongest agreement.

Sexism can be more subtle than you think. Quiz: https://t.co/QB14U8geTz via @newshour (Like y’all don’t know me.) pic.twitter.com/drtceXMtpg

In addition, male respondents disagreed most with the statement: “Women, compared to men, tend to have a superior moral sensibility.”

It is important to note that scoring highly on the test does not automatically make you a person that hates or undermines women in society. Instead the test’s results will indicate whether your responses are, when taken collectively, sexist.

Although the creators did not design the test in an effort to produce nationally representative results, the results give us a vague indication of the level of sexism within society.

This article (Sexism: Quiz Reveals how Male and Female Respondents React to Sexist Statements) is a free and open source. You have permission to republish this article under a Creative Commons license with attribution to the author and AnonHQ.com.