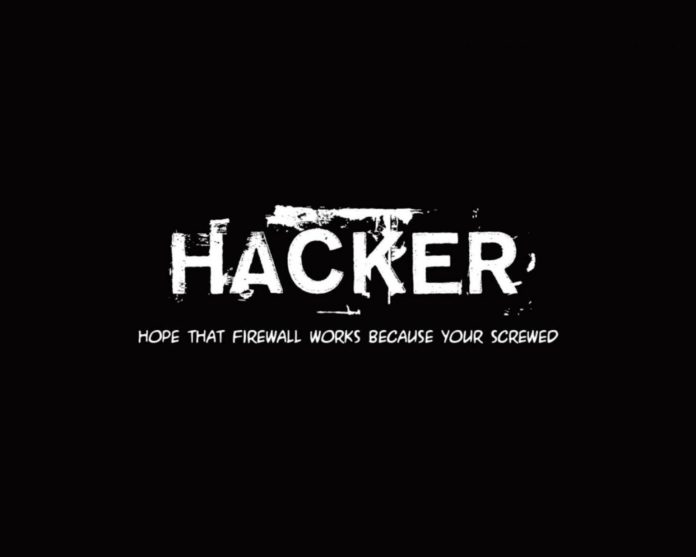 “Hacker”…  To some, the only description of this word is “someone that steals my credit card information from chain stores”. Here are a few definitions of “hacker” from Merriam-Webster:

:  a person who is inexperienced or unskilled at a particular activity

:  an expert at programming and solving problems with a computer

:  a person who illegally gains access to and sometimes tampers with information in a computer system

The term was applied to the computer and technology end of our world back in the 1960’s when  a counterculture group nicknamed “Yippies” (Youth International Party) started reverse engineering telecommunication systems in order to make free telephone calls (to put it simply). Yes ladies and gentlemen long distance, land line telephone calls that were paid for by the minute were the “go to” communication before internet, cell phones and the like. These calls were also anywhere from $2 to $10 per minute depending where you were calling.

Fast forward to the current timeline and we have the definitions concerning computers and all of their titles, subtitles, slang and other assorted descriptions. There’s black hat, white hat, grey hat, blue hat, elite, cracker, hacktivist and the evolutionary list goes on. “White hat hackers” are those who use their skills to hack for the improvement of internet security and to show people threats that exist. “Black hat hackers” are those who pursue illegal or malicious hacking. Now, this miniscule part of the world believes that all hackers start out innocent and as white hats. If for no other reason, fear of getting caught. Is it the challenge that attracts? Curiosity? Vengeance? It could be any one or all of these reasons. I’m told that, in certain cases, it’s described as an addiction after the first success and develops into a lifestyle for others. From here many drift toward “the dark side”. Everyone is familiar with the temptations of the dark side of anything. Power, wealth or just bragging rights can be a near magnetic draw to an individual of any background or education.

Ultimately, there winds up being “greatness” on both sides of the black / white line. Today we look at the “Black Hats”. Please keep in mind that even Steve Jobs and Mark Zuckerberg were considered Black hats at one point in time. Can you imagine our world if all rallied as white hats and worked together?!

The top 10 Black Hat hackers from my perspective:

Deemed as the “Hannibal Lecter of computer crime” in the 1980’s By Los Angeles PD for hacking the telephone lines of radio station KIIS-FM to secure himself as the 102nd caller to win a new Porsche 944. He was eventually caught by the FBI in 1991 and plead guilty to counts of mail, wire and computer fraud and also exposing info on a covert business run by the FBI. He was given 51 months in prison (the longest sentence ever given for hacking at the time). On a higher note, Mr. Poulsen is now a journalist and Senior editor for “Wired” news. He is also well known for his work on identifying over 744 sex offenders with MySpace profiles. Well done Kevin!

Accused of masterminding the biggest ATM and credit card theft in history. Between 2005 and 2007, he and his group had allegedly sold in excess of 170 million credit and ATM card numbers. When he was finally arrested authorities seized $1.6 million dollars in cash which included $1.1 million buried in mom and dad’s backyard. In 2010 he was sentenced and is now serving 20 years in federal prison.

St Petersburg, Russia circa 1994. Mr. Levin succeeded in transferring 10 million dollars from the accounts of Citibank clients into his own personal accounts registered around the world. Although his hacking career was short lived only $400,000 of the original 10 million was ever recovered. His methods? He recorded phone calls while people punched in their account numbers and used their own numbers against them.

November 2, 1988, Mr. Morris released a worm that took down one-tenth of the Internet, crippling 6,000 plus computer systems. Doesn’t seem like much but, remember, this is 1988 when Atari was the “go to” gaming system! His downfall? Like a lot of crazy kids of this generation, Mr. Morris couldn’t keep his own mouth shut and had been talking about his “worm” for months before releasing it.  He was also the first hacker convicted under the Computer Fraud and Abuse Act but only had community service and a fine. Mr. Morris is currently a fine and upstanding individual employed in the department of Electrical Engineering and Computer Science at Massachusetts Institute of Technology (MIT).

In February of 2000 (right after the Y2K scares of course) Mr. Calce launched DOS attacks against large commercial websites including Yahoo, Amazon, Dell, Ebay and CNN. As described above, Mr. Calce and his group performed their shenanigans to establish pride and dominance (bragging rights). Caught and convicted in Montreal’s Youth Court, he was sentenced to 8 months in an open custody program, one year of probation, restricted internet use and a small fine. We owe our thanks to Mr. Smith for creating and distributing the infamous “Melissa” virus. Remember her? Although Mr. Smith claims that the virus was never meant to do harm, it’s simple means of propagation overloaded systems and servers around the world. The final humiliation for Mr. Smith in this case is that there had been over 60,000 viruses identified in the world at the time of his conviction and he has still been the only person to ever go to federal prison in the USA for releasing one. This gentleman used everything from libraries to coffee shops to keep from getting caught for his hacking adventures. Breaking into high profile networks such as The New York Times, Microsoft, Yahoo and MCI Worldcom was his claim to fame. His mistake was adding his name into the NYT’s database as an expert source and doing some illegal research. Eventually caught after a 15 month investigation Mr. Lamo was sentenced to 6 months house arrest at his parent’s home, two years of probation and $65,000 of restitution. Today Mr. Lamo is working as a threat analyst and donates his time and skills to a Sacramento-based nonprofit organization.

The acclaimed “jailbreak artist”. Mr Hotz will forever be connected with the April 2011 Playstation breach. Being one of the first hackers to ever “jailbreak” the playstation3 (breaking through parameters and limitations of the machine established by the manufacturer) was bad enough but releasing his breaking methods to the general public just made his world a total mess. 16 year old Mr. James was the first juvenile imprisoned in the USA for cybercrime. With an amazing talent for hacking, at 15 he successfully broke into high security systems such as NASA and the DOD and had stolen over $1.7 million in software. To top himself, He hacked into the Defense Threat Reduction Agency and intercepted well over 3,000 internal messages while collecting usernames and passwords. On May 18, 2008 Mr. James saw it necessary to take his own life at the age of 25. The note he left behind seemed to highlight the thought he would be a scapegoat and blamed for cyber crimes he did not commit. It read: “I have no faith in the ‘justice’ system. Perhaps my actions today, and this letter, will send a stronger message to the public. Either way, I have lost control over this situation, and this is my only way to regain control.” RIP Johnathon. I hope you’ve gotten things together.

Drumroll please! The number 1 on the list of black hat hackers. The one, the only

First a little background on him. Gary deals with Asperger’s Syndrome on a daily basis. It’s a severe form of Autism with a major symptom being “highly intelligent with an exceptional understanding of complex systems”. Although sufferers of Aspergers tend to have difficulty in social situations they have usually proven to be outright geniuses in one particular subject. For Gary? It is computers.

Mr. McKinnon has been accused of executing the largest hack of US government computer networks in history. The systems involved have been Army, Navy, Air force and NASA. In 2002 a strange message appeared on US Army computer screens. It read; “Your security system is crap, I am Solo. I will continue to disrupt at the highest levels.”

When all was investigated Gary faced charges for illegally accessing 97 US government computers causing a total of over $700,000 in damage. WHY did he do it? He was searching for information on UFOs and he believed the US government was hiding such information in its military computers. Of course, he never did say whether or not he had actually found anything.

There are your top 10 as seen from the top of the bottom and to the left of the right.