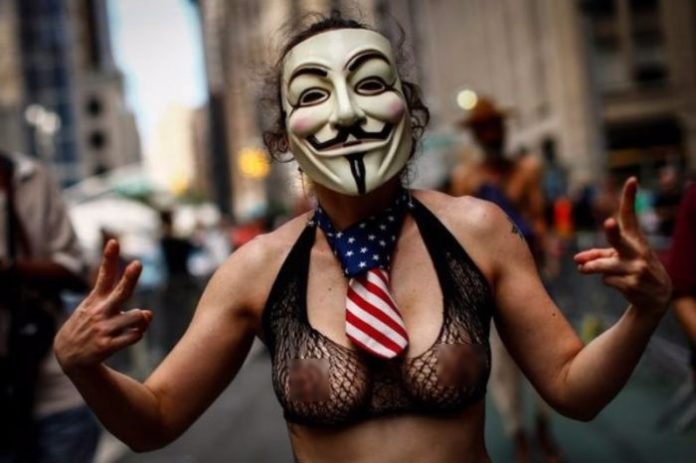 Evolution of the human species started from nakedness. The concept of indecency didn’t exist. As we developed into complex beings, we found reason to cover ourselves – to protect ourselves from the weather.

But in this so-called modern era, morality and ethics have become a highly contested issue among academics, governments and society as a whole; some people are of the opinion that a person should be granted an unlimited right, including allowing nudity in public places. For some, this argument is considered profane and injurious to the social fabric of modern society. In conservative societies such as Africa and the Muslim world, certain dresses are considered indecent. Wearing them can be considered offensive, and the culprit, mostly women, can face punishment. There is no room for the debate of nudity in such societies.

This sharply contrasts with the Western world. People in the West are permitted to wear what they like. In Europe, for example, there are selected places where nudity is allowed. There has been a significant surge in places such as beaches and hotels where people can take all their clothes off without the worry of repercussion.

In the United States though, the issue of sex and the body is not that lax. Some municipalities have their own laws on how people should cover their bodies in public. Although there has been rising pressure from activists to get rid of these laws, towns and cities officials are determined to protect them.

The Municipality of Fort Collins in the state of Colorado passed an ordinance (No. 134) in November 2015, banning girls and women older than nine from exposing their breasts in public unless they were breastfeeding. City officials argued that allowing females to publicly expose their breasts would likely cause distraction among drivers and pedestrians. This, they believe, has a tendency to disrupt public order. The law was quickly challenged in court in May 2016 by the activist group Free the Nipple. Free the Nipple is a movement that started from a 2012 film of the same name. The group staged protests throughout the city in the past, gathering topless in public spots. Commentators even suspect the activities of the group made city officials pass the law that banned them from exposing their breasts in public. Free the Nipple went to court demanding an injunction on the law.

The gender equality group said the ordinance was restrictive and discriminatory against women in the city. The group explained that if the law was fair, it should have banned both genders from exposing their breasts in public. But city officials countered this by saying the law did not discriminate because male and female breasts are different.

When the facts of the case were presented before the court, District Judge R. Brooke Jackson granted a preliminary injunction on ordinance No. 134. Jackson ruled that the law is discriminatory against women, as well as perpetuating stereotypes that sexualized female breasts. The court stated that the primary difference between male and female breasts is the ability to breastfeed.  Although the court noted the physical differences between the two, it stipulated that it was not enough to warrant different treatment from the government.

“I find that the ordinance discriminates against women based on the generalized notion that, regardless of a woman’s intent, the exposure of her breasts in public (or even in her private home if viewable by the public) is necessarily a sexualized act. Thus, it perpetuates a stereotype engrained in our society that female breasts are primarily objects of sexual desire whereas male breasts are not,” Jackson wrote in his ruling.

Although this is not the final ruling of the case, Jackson wrote that he granted the injunction in part because he believes he will ultimately find that the ordinance passed by the city violated the Equal Protection Clause. He stated: “The Equal Protection Clause of the Fourteenth Amendment bars state governmental entities from discriminating between the sexes unless they have an ‘exceedingly persuasive justification’ for doing so. In this case, Fort Collins has on the books an ordinance that on its face discriminates against women.”

City attorney, Carrie Daggett said in a statement after the ruling that the city will review the judge’s decision and consider the next steps. It now looks as though the city is reluctant to give up on the case.

This article (United States Federal Court Rules Females are Free to Display their Breasts in Public) is a free and open source. You have permission to republish this article under a Creative Commons license with attribution to the author and AnonHQ.com.