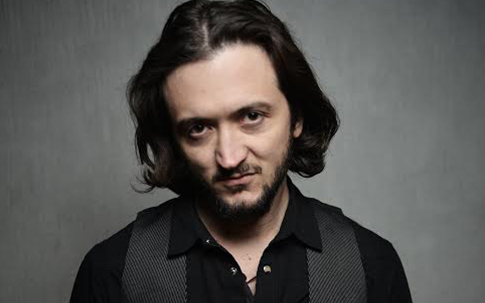 Lee Camp is a comedian who hosts a show on RT called Redacted Tonight.

In the video below he refers to the recent case of Iceland jailing three more bankers- one of whom was even a Chief Executive. The bankers were actually being sent to a real prison, and received no preferential treatment just because their crimes were white-collar.

Camp calls out the American “justice” system, asking why it takes a small country like Iceland to show Americans how to do things right; putting people who have ruined thousands, if not millions, of lives should be common sense at this point.

He moves on to point out that this same system of double standards also gives corporations favorable treatment in the commission of crimes, and thus incentives them to keep doing so.

He then points out that the two-party system is a joke, with Obama continuing to favor corporations despite his campaign promises. The system seems intent on catching corporations, but refuses to even impose a minimal penalty. Even in the rare occasions when a corporation gets convicted of a crime, it gets to pay a fine and continue committing crimes as though nothing had happened.

Camp then refers to how Dupont had KNOWINGLY polluted the drinking water of thousands of Americans with a Teflon chemical. This had been going on for DECADES, and Dupont had even carried out their own secret tests and studies, and got away scott free.

This is the stuff that scientists have found causes cancer, birth defects and heart disease and weakens the immune system- comparable to asbestos because it is harmful at ANY level of exposure. The toxic chemical builds up in the breast milk of mothers, which gets fed to babies.

Camp compares this with a salmonella-peanut-butter case, implying that the harm done was several times greater and yet only the individual who had caused the peanut butter outbreak would be jailed for life.

It should be noted that the executive in that case had approved peanut butter that he knew was contaminated with salmonella, and had caused 9 deaths. Though 9 deaths is by no means insignificant, the point is that this is just one case of many- and the sentence a smokescreen for larger crimes.

That peanut butter causing 9 deaths should somehow outweigh the poisoning of thousands is mind-boggling; Americans should call for justice for companies and banks that cause major harm to multitudes, as well as individuals who cause harm to a few.

This Article ([VIDEO] Lee Camp Calls Out The American Justice System’s Favoritism Towards Banks And Corporations) is free and open source. You have permission to republish this article under a Creative Commons license with attribution to the author(CoNN) and AnonHQ.com.