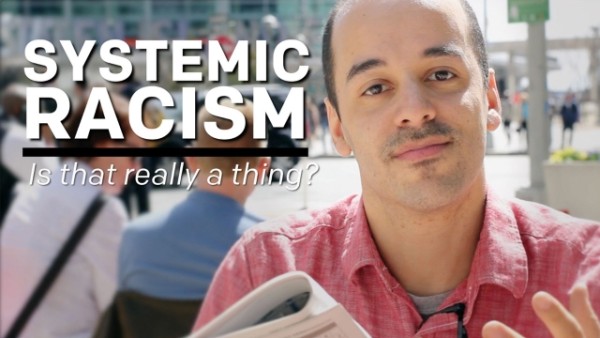 In the special Upworthy series on shaping a new language around human rights through the power of storytelling  which is sponsored by the Open Society Foundations, Jay Smooth illustrated four simple facts that show how one huge discriminatory problem results in keeping a lot of black men from their democratic right to vote in the United States of America.

Jay called this “systemic racism” and in the video, he examined some current statistics about America’s prison population in general, further breaking it down base on racial lines, using it to explain how racism is embedded in the American society to the extent that it being used as a tool to prevent certain people from voting.

And because when you are incarcerated, you lose the right to exercise your democratic mandate in elections; many black people therefore lose their right to vote by virtue of either being in prison or having their voting rights removed. That is what happens in almost all states in the country. Once you are convicted felon, you cannot vote.

To back this up, according to The Sentencing Project, 1.4 million African American men, or 13% of black men, are disenfranchised; a rate seven times the national average due to their felony conviction.

In his conclusion, he states that “If you can’t vote, you can’t participate in our society and that makes for a systemic problem. When huge societal organization (such as our prison system) ends up systematically giving disadvantages to a racial group that’s systemic racism”.

This Article (Video: Watch Simple Facts Proving That Systemic Racism Is Real In America) is free and open source. You have permission to republish this article under a Creative Commons license with attribution to the author and AnonHQ.com.