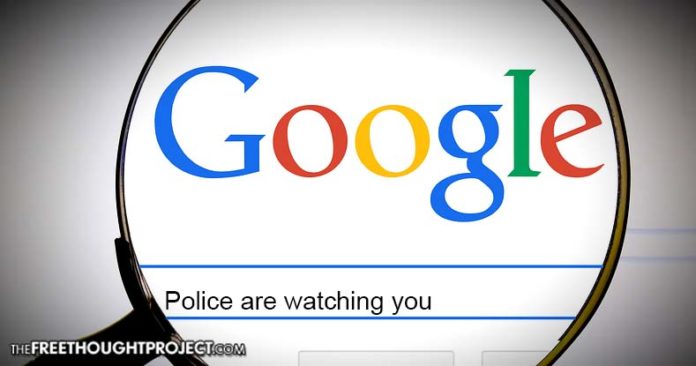 Hennepin County Senior Judge Gary Larson signed a warrant that would fundamentally violate the privacy rights of an entire city. Police requested a blanket warrant that encompasses the entire city of Edina Minnesota, a small suburb of Minneapolis. The actual crime alleged in the warrant isn’t a matter of national security that may require such drastic measures, but a petty wire fraud.

The information requested pertained to searches for the name of a single victim whose identity was borrowed to fraudulently wire transfer $28,500 from his bank account. The request is especially broad, fundamentally looking to examine the search histories of everyone in the city in hopes of catching a single criminal. In doing so, the request makes suspects out of everyone with no probable cause to justify it. The order requests “Any/all user or subscriber information related to the Google searches of: Douglas [redacted].”

The order goes on to state that included in the request, are any “names, addresses, phone numbers, dates of birth, social security numbers, email addresses, payment information, account information, IP addresses, and MAC addresses of the person who requested/completed the search.” With the stroke of a pen, one local county judge just upended the privacy rights of an entire city. Imagine being able to be interrogated or even arrested for doing a Google search. The size and scope of the warrant and its implications most likely fall outside the purview of the small town cops and judge who sought this intrusion. The reality is that Google will most likely fight this court order.

The officer who requested the warrant is Edina Police Officer David Lindman. According to the department’s Facebook page, Lindman has been an officer in Edina for 14 years and is assigned to the Financial Crimes task force. Lindman’s warrant justifies the “search” by stating “The property or things above-described constitutes evidence which tends to show a crime has been committed, or tends to show that a particular person has committed a crime.” In this case, Lindman tries to state that there is sufficient probable cause to believe that anyone who has done a search for the name ‘Douglas [redacted]’ on Google has committed a crime. There is no probable cause here whatsoever, and to think a judge would sign off on a warrant clearly shows a lack of understanding of the true nature of the request. This is a typical police fishing expedition and nothing more. Before obtaining the warrant, Edina Police send an administrative subpoena to Google who rightfully denied the request. “Though Google’s rejection of the administrative subpoena is arguable, your affiant is applying for this warrant so that the investigation of this case does not stall,” Lindman wrote in the warrant application. Lindman’s only argument for the warrant was seemingly because he was in a hurry. Google has yet to comment on the warrant, however, stated, “We aren’t able to comment on specific cases, but we will always push back when we receive excessively broad requests for data about our users.”

This article (Warrant for City Wide Google Search Information Sets Dangerous Precedent) is a free and open source. You have permission to republish this article under a Creative Commons license with attribution to the author and AnonHQ.com.