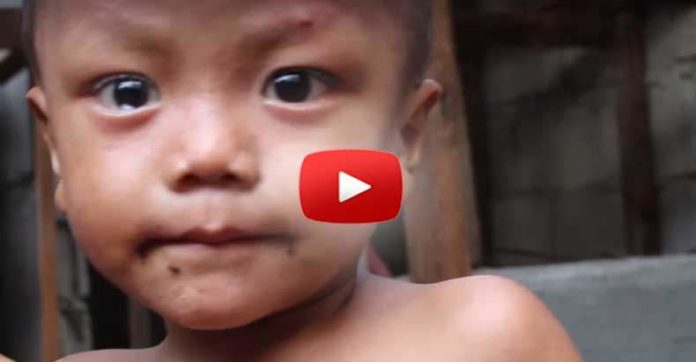 But, one man in the ‘Pearl of the Orient’ is relentlessly showing ‘True Manila’ to the world in order to feed, clothe, house and educate the impoverished communities in the capital and chief city of the Philippines.

By taking them “off the map”, Edwin exposes foreigners to underground homeless settlements and communities living beneath bridges and using the water as both a public toilet and laundry area. During the tours, Edwin encourages True Manila members to purchase food and goods from local small businesses to donate to the children of these communities. Instead of fulfilling their selfish desires while relaxing on vacation, these kind-hearted foreigners choose to help those less fortunate than themselves.

True Manila is not a Tour… True Manila is an experience meeting locals and at the end having a Filipino friend… At the end of your experience, you are given an opportunity to make a difference in other people’s lives same as how I pass on the experience to you. You can help others specially the little kids in different communities who are hungry and needs help with education.

WeAreChange’s Luke Rudkowski recently visited the Philippines and met Edwin and his group of volunteers and travelers. Inspired by their generosity and dedication, Luke recorded a video of the group helping low-income families and feeding hungry children, and agreed to send $1 to True Manila for every 1,000 views on YouTube. Just so you know, $1 can buy 1 kilogram of rice and feed 12 hungry kids.

However, he owes his success to two American missionaries he met three decades ago.  Walking through his poor neighborhood, they spotted the 10-year-old Edwin and offered him a meal and Coca Cola for clicking his photo. The bond grew over the next several years, with the duo helping him with a small amount of money and an unlimited amount of guidance.  With their support, Edwin went to school and eventually college, learnt English, became an actor, and started True Manila. “When I was a kid on the streets and those foreigners helped me, I only had one question: ‘Why are they doing this?’ It all boiled down to kindness. Because of the kindness and care they showed me, I survived. Now I’m just paying it forward, I’m just continuing my experience,” Edwin told CNN Philippines. This article (Watching this YouTube Video will Save Lives. Literally!) is a free and open source. You have permission to republish this article under a Creative Commons license with attribution to the author and AnonHQ.com.