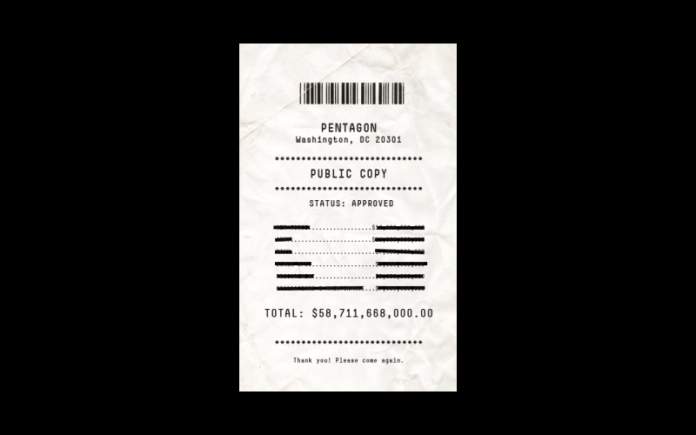 The Black Budget is basically the top secret part of the federal budget that Congress is not allowed to examine. Documented evidence of its existence was first provided by Edward Snowden two years ago.

Notably, the Washington Post has only released a tenth of the 178-page long document, citing “concerns about the risk to intelligence sources and methods”.

The Black Budget covers military research, but lately much of it is devoted to covert operations by the CIA and NSA; in 2013, the CIA, NSA and NRO received more than 68% of the Black Budget. Their share of the Budget had grown by 100% between 2004 and 2013.

You can access some information on the Black Budget on the Department of Defense Comptroller’s website under the research development, testing and evaluation budget (RDT&E ), while other items fall under maintenance, or procurement. Many of the items are classified, and some are hidden under code names such as:

Information on covert operations can be found in the US DoD Fiscal Year 2016 Budget Request, where an unspecified sum of money is budgeted to classified programs such as Special Operations Forces and Intelligence.

Pentagon Waste and Lack of Accountability

Is the Black Budget being spent wisely? Beyond the Black Budget, the more “transparent” aspect of the military’s budget has long been abused; Donald Rumsfeld himself once said that military waste was a “matter of life and death“- the very day before September 11th occurred, which ironically opened the doors to more military waste.

25% of the Pentagon’s spending could not be accounted for, or some 2.3 trillion dollars worth of spending according to Rumsfeld.

A Reuters investigation also revealed that some 8.3 trillion dollars of Pentagon spending (practically everything) was not properly accounted for. Unnecessary  duplicates of weapons were  being purchased; arms and services purchased may not have even been delivered; and fraud and theft go undiscovered for several years until external law enforcement detects it.

Allegations of wasteful spending have persisted for at least 3 decades. In 1983, Pentagon maverick Franklin C. Spinney blew the whistle on billions of waste. A more recent case details how a whistleblower had revealed wasteful spending that included a 43 million dollar PNG station in Afghanistan, 140 times the cost to build it in a neighboring country.

It is ironic that the U.S. would begin a devastating war, allegedly in search of weapons of mass destruction when the most worrisome developments in this field are occurring in your own backyard.  It is ironic that the U.S. should be fighting monstrously expensive wars  allegedly to bring democracy to those countries, when it itself can no longer claim to be called a democracy when trillions, and I mean thousands of billions of dollars have been spent on projects which both congress and the commander in chief know nothing about.

What Is The Black Budget Being Used For Now?

The worrisome thing about that 50 billion dollar question, is the fact that even the flawed representatives of the American people are not privy to the answer.

The proportion of the Black Budget devoted to the 16 spy agencies including the CIA and NSA, shows they do not lack for resources (they also have over a 100,000 employees on their combined payroll). Yet, according to the Snowden documents, they remain incapable of providing “critical information to the president on a range of national security threats.” Indeed, the recent spate of terror attacks in Paris (which were detected by Turkey and Iraq, countries with a significantly smaller budget than the NSA, CIA or French intelligence) is testimony to that lack of ability. An NSA whistleblower has even stated that Anonymous has provided better forewarning for terror attacks than the spy agencies.

In this light, the Black Budget gives already unaccountable agencies (which have a reputation for poor accounting practices, exposure to fraud and wide-scale waste… not to mention torture and lying) a blank cheque to spend billions on projects that do not seem to have any verifiable impact on the safety and security of Americans.

Of course, unlike banning Muslims, this subject isn’t one that will be debated by candidates of the 2016 elections.

This Article (Even Congress have No Idea what’s in this Secret Budget) is a free and open source. You have permission to republish this article under a Creative Commons license with attribution to the author(CoNN) and AnonHQ.com.