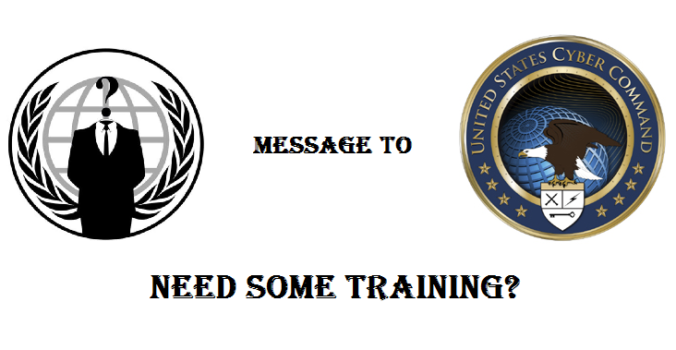 The Pentagon released a new report this week, disappointed by the lack of progress being made in the online War against ISIS. Speaking under the condition of anonymity, a senior defense official has been quoted as saying that “Cybercom has not been as effective as the Department would expect them to be, and they’re not as effective as they need to be” adding that the department “needs to deliver results” if it does not want to be shutdown.

Last March, after months of debate, the Department of Defense and U.S. Central Command officially declared cyber war against the Islamic State. Speaking with joint partners of NATO in Europe in May, President Obama announced a new initiative to disrupt the ability of the Islamic State to spread its message, recruit new members, and circulate orders to carry out day to functions online – including paying its fighters.

The state department has made it clear they are not trying to geo-locate targets for bomb or drone strikes, rather, they want to destroy the online networks of ISIS and the individual computers that members are using. But by all accounts, it appears this landmark initiative has gotten off to a rough start.

Defense officials even contradicted themselves in the latest interview with The Washington Post, at one point stating that the operations are failing because “The more dependent you are on technology, the more you are a target for cyberattack. And ISIS is less dependent….scruffy insurgents aren’t the best target for high-tech weapons” – implying IS members are too poor and low tech for the state of the art American military. But later in the same interview, the same official says that “they (IS members) know that people are after them, and so they spend a lot of time protecting themselves” – particularly through the use of encryption and means the military cant break.

Defense Department representatives note how the operations are fluid and they are “still working to put the right staff in place and has not yet developed a full suite of malware and other tools tailored to attack an adversary dramatically different than the nation-states Cybercom was created to fight.” Begging the question, does the U.S. military need to hire Anonymous?

Granted OpISIS has slowed down in the past few months, at its height, Anonymous was literally exposing 10’s of thousands of ISIS members and web sites each week. Within the last few months, the Anonymous Intelligence Agency (AIA) has reported 100’s more web sites and propaganda terrorist news sites directly to the CIA, for them to monitor and take down. Last week the AIA even gave them the founder of the United Cyber Caliphate – the supreme hacking group of the Islamic State.

These ‘Anons’ fight terrorism and do these things for free, in their spare time – as a hobby to help change the world after working all day. Pentagon officials make over $70,000 a year with full benefits – they spend all day doing this for a living. How can a ‘rag tag’ group of Anonymous hackers possibly out perform a federal military organization with hundreds of millions of dollars? That is some weak sauce @Pentagon.

The mission statement of the AIA reads “Anonymous has millions of members, governments have millions of dollars…” – perhaps therein lies the problem for the U.S. military. In fact, Cybercom and the National Security Agency, the two agencies responsible for waging cyber war on ISIS, reportedly have only 100 people working on staff for this operation. It is still no excuse. If the government is indeed “still working to put the right staff in place” maybe they should start embracing the hacking community instead of prosecuting them!

Anyone who want to help the poor fellows out can tip US Army Cyber Command about ISIS activity online @: [email protected]

This article (Anonymous Putting the Pentagon to Shame in Online War Against ISIS) is a free and open source. You have permission to republish this article using a creative commons license with attribution to the author and AnonHQ. Join the conversations at www.anonboards.com.