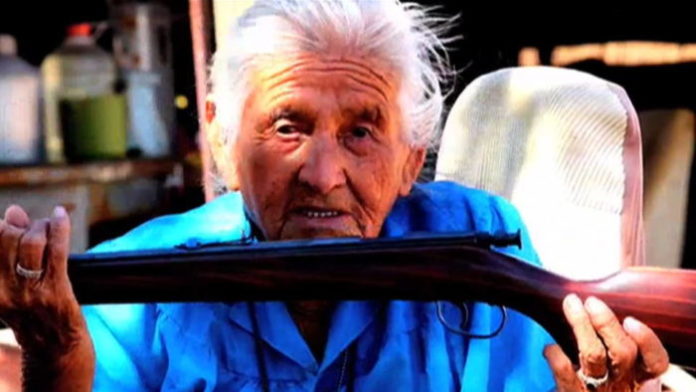 The U.S. federal government has forcefully seized lands belonging to the Standing Rock Sioux Tribe for the construction of the Dakota Access Oil Pipelines. The federal government’s land-grab policy has displaced many Native American tribes across the U.S.

What happened to the Standing Rock tribe is just one of the numerous instances in the past where the federal government forcefully took lands belonging to Native people, displacing thousands of them. On March 29, 2017, Katherine Smith died at her home in Big Mountain, Arizona. Her documented date of birth says she was 98, but her family believes she was over 100. Katherine was from the Native tribe of Navajo. The Navajo tribe resides south-west of the U.S., spreading into the states of Arizona and New Mexico. After the Cherokee tribe, the Navajos are the second-largest federally recognized tribe in the country.

Katherine’s grandmother was born during the infamous Navajo Long Walk. The Long Walk of the Navajo, also known as the Long Walk to Bosque Redondo, is the 1864 relocation of the Navajo people by the U.S. army.

The entire Navajo tribe – about 9,500 people, including women and children – were forced to walk from their land in what is now Arizona to eastern New Mexico, about a 400-mile-journey. Over 200 people reportedly died during the 18-day-journey. Some anthropologists suggest that the collective trauma of this odious journey is critical to contemporary Navajos’ sense of identity as a people. Some tribal members finally settled in the mountainous region of Arizona, near the Colorado Plateau. There they met the Hopi tribe. These two tribes lived in the area, tilling the land for their sustenance.

The relationship between the Navajo and Hopi people was friendly and successful.  They had all they needed to survive: they grew corn, squash and melons, and raised sheep. They used the plants like the scrubby sagebrush and juniper for their healing properties.

However, things started to change in the early 1900s. In 1909, the U.S. Geological Survey discovered that the land in northern Arizona, where the Navajo and the Hopi people lived, was rich with coal, gas and uranium.

Beginning from that period, the federal government started intimidating the tribes. Federal officials deliberately created confusion in the area, turning the once peaceful tribes against each other. The goal was to create chaos so that the government could use it as a pretext to relocate the tribes; to begin their commercial activities on the mineral-rich land. Decades later in 1974, Congress passed the Navajo-Hopi Land Settlement Act, claiming to resolve a conflict over tribal land ownership. Under the law, the federal government redefined the Hopi boundary and took control of 1.8 million mineral-rich acres they called “joint use area,” which included Big Mountain. As many as 6,000 Navajos, and 100 Hopis were displaced. They had their foodstuffs destroyed, and their livestock seized by the federal army. Life became difficult for these unfortunate people.

At the time, Katherine was a woman full of life. She saw the actions of Congress as a pure cheat against a vulnerable people. She stood up and spoke against the barbaric actions of the American government. She urged the tribes to never give up on their land, reminding them of the negative consequences of destroying Mother Earth for commercial ventures. But the federal government would have none of the concerns of the displaced people. It immediately started building a fence to secure the mineral-rich zone. Any tribal member spotted in the fence zone was arrested.

Seeing how critical the situation was, Katherine acquired a shotgun to defend her ancestral land. Finally, construction workers got to Big Mountain where Katherine lived. Katherine begged the workers to leave the area, but they refused.

“They just kind of laughed at her and mocked her. And she said, ‘I’m asking you nicely, you need to stop this work.’ So they continued to mock her and she backed up and said, ‘That was a warning,’ and shot the gun up in the air. That’s when the workers jumped off their equipment and ran,” Katherine’s daughter, Mary Katherine Smith recalled the actions of her mother. After the shotgun incident, Smith was arrested and sent to jail. A judge later acquitted her. But she didn’t leave Big Mountain. She stayed, along with a handful of other Navajo families, protesting against the actions of the government. In one such protest, police used batons to beat protesters. With remarkable courage, Katherine seized one baton from an officer and made away with it.

Her courage led to her being featured in a 1985 Oscar nominated documentary about the relocation exercise titled “Broken Rainbow.” Katherine’s shotgun and the baton she seized from the officer have now been displayed as relics at her ancestral home in Big Mountain.

This article (Navajo Woman Who Defeated Govt. Workers with Shotgun, Dies Aged 98) is a free and open source. You have permission to republish this article under a Creative Commons license with attribution to the author and AnonHQ.com.