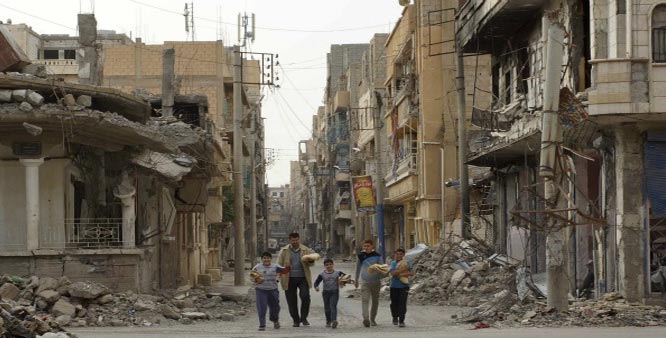 In addition, 15 states in the United States have recently banned people from Syria. The country has become embroiled in a violent civil war, which started in 2011. High ranking members of the United States government vow to invade Syria in 2017, and start a new war campaign there. Like many states in the USA, Israel has closed off its boarder to Syria entirely. Russia is, of course, now leading an offensive airstrike campaign in the country, which has received global attention. Turkey is at war with the Kurds.

Unfortunately, we really could go on and on with such negativity. It seems like everyone in the world is simultaneously against Syria. That is what this operation is about: showing people in Syria that there are people out there who want to help.

The news is getting better; a new report shows that 10% of land previously held by ISIS forces has been recovered in Syria in 2015. Now, just this week, for the first time in years, the United Nations is delivering food and medical supplies directly into Syria: http://www.aljazeera.com/news/2016/02/humanitarian-aid-besieged-syrian-towns-160217124655199.html

Putting all of our political ideologies aside, there are human beings living in Syria that are innocent in all of this. They came into this world; they did not make it. They cannot control where they were born. The humanitarian crisis in Syria is in dire need; however, it has taken us years to send out the first wave of relief. The people of “the internet” are sick of all the bad news coming out of Syria, and we want to create some good news of our own. We want to, of course, donate food to help them, but more importantly, we want to let them know that they are not alone. That there are people thinking about them and willing to help.

The idea for this operation, was in response to reports of Turkish individuals mailing pictures of food to starving people in Syria. This despicable behavior prompted the idea to do something positive to counteract all the negativity.

Personally, I thought of the idea to have a mystery box initiative. My thought was that the US Post Office has something called flat rate boxes, where you can put anything in, any weight, as long as it fits in the box, and it can be shipped for a flat fee. So I though about doing a box of food—maybe some candy, books, magazines, toys, mementos et cetera. I thought is was simple, fast and relatively cheap, until I learned that the United States does not allow shipment to Syria. Something which is incredibly unfortunate. I cannot imagine why—with all the global resources and money the government has—parts of the world are still not interconnected and are still unreachable.

Fortunately, as the news story above illustrates, the United Nations has broken through into Syria and is actively delivering the first wave of aid to the region. Though I can not ship to Syria, I can ship to the United Nations, who can then get it to Syria, understand? This applies to multiple charity organizations as well, many of which are working with the people in the local area and are doing what they can. Anon 1pencil1pen has put together a detailed list of charities you can reach out to.

Please email the United Nations directly to ask how you can help send packages, food, and clothing to the area: http://executiveboard.wfp.org/contact

This article (Food Drive – Presents To Syria) is free and open source. You have permission to republish this article using a Creative Commons license with attribution to the author and AnonHQ.com. Join the conversation at wwww.anonboards.com