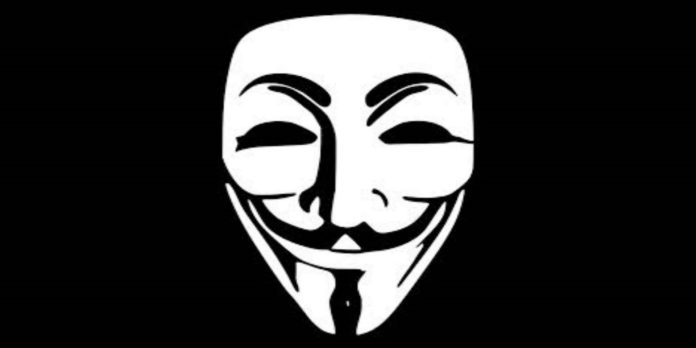 A new study by Surf Watch Labs, an online company managing cyber threat intelligence, chronicles how Anonymous continues their rein of dominance within the online activism movement. All data included, Anonymous generates more than 5x the number of online activity than the second place finisher. As for the other top 5 “hacktivists” groups, these include Turk Hack Team, New World Hacking, Ghost Squad and GhostSec – no those aren’t the same team.

According to the data, the top 5  Anonymous Operations this year were as follows: #OpTrump, #OpKillingBay, #OpWhales, #OpIsrael, #OpAfrica. You can read more about each of these operations below.

Though these operations were the most active worldwide, none of them was single-handedly the biggest. This honor reportedly belongs to Anonymous Philippines for their comprehensive attack of the Philippine elections. The hack itself was carried out by Anonymous Philippines and Lulzsec Pilipinas. The breach itself affected 55 million voters, several banks, news corporations and is considered one of the biggest government data breaches in history.

In more recent times, #OpIcarus has been making the most headlines. To date, the operation has seen the attack of 18 separate banks, protesting income inequality and financial corruption on a global scale.

While the report points out how Anonymous continues its dominance among the online ranks, it also poses the question, where have all the other hacktivists gone? A couple years ago, following the arrests of the PayPal hack, the FBI came out with the announcement proclaiming they had destroyed and dismantled Anonymous. A statement to which Anonymous responded by saying they caught all the wrong people, the noobs who joined in not knowing how to protect themselves – Anonymous is an idea and you can not arrest an idea.

However, for the last several years, as the study references, online hacktivism has been continuously on the decline. Surf Watch notes how three of the other top trending groups from previous years, Lizard Squad, The Syrian Electronic Army The Armada Collective, have almost entirely dropped off the map altogether.

The study does not mention the following details, but they do tell the story of the decline of these groups. For example, the Syrian Electronic Army is not a “hacktivist” group, it is a terrorist group. The FBI also put a $100,000 bounty on information leading to the arrest of members of this group earlier this year – a bounty which interested many Anonymous hackers. It is no surprise then, given the circumstances, that the group would go dark.

As for Lizard Squad, they are essentially a group of children who’s brand of “hacktivism” entails preventing other children from playing video games for a few hours at a time. They are more annoying than admirable, a stretch to classify them as activists.

There was an Anonymous operation earlier this year known as #OpCollapsedMine which targeted the Our Mine Hacking Group – responsible for hijacking and ransoming countless YouTube accounts. Within two weeks, BlackSec doxxed the leaders of the group and the Anonymous Intelligence Agency reported them to DIS – Germany and the FBI. Within 48 hours their Twitter and web page went down and they weren’t heard from again. Given the success of #OpCollapsedMine, there was talk of going after Lizard Squad for the same reasons.

There is perhaps another explanation for the decline of Anonymous and online activism and this is the increasing divide between its members. The American elections have become a hot button for people around the world, an opinion in any favor is going to be extremely polarizing. This divisive rhetoric is not unique to political circles, it has carried over into general society and yes, even Anonymous. Many people in Anonymous are upset with others for taking political stances or aligning political opinion at all with Anonymous, as a result there has been a civil War of sorts within Anonymous.

This article (Anonymous Remains Most Popular Activist Group Online In 2016) is free and open source. You have permission to republish this article using a creative commons license with attribution to the author and AnonHQ. Join the conversations at www.anonboards.com