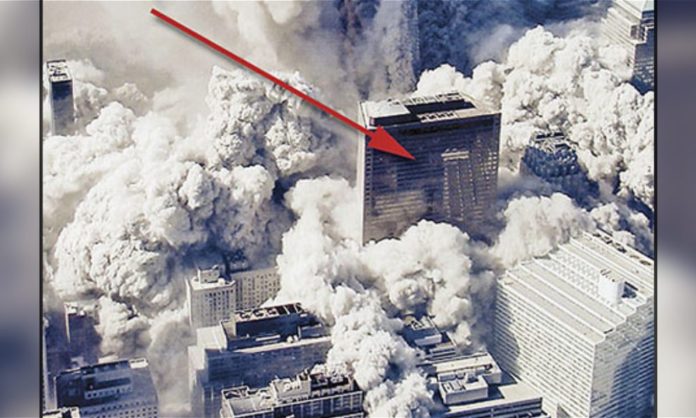 Inside 7 World Trade Center Moments Before Collapse. Building 7 collapse was and still remains a mystery, as to why it even collapsed. Leave your thoughts on the mystery behind building 7 collapse, and what you think caused it to smash to the ground.

This is a rare 9/11 WTC attack footage that will knock you completely out of your seat. Hold on! The impact is so loud and explosive its unreal!

The photograph is one of a series taken by a US tourist, the first to show the hellish scene inside the tower as the tragedy unfolded.

People cheered the firemen as they struggled up the 110-storey building. One Briton said: “By the time they reached the 30th floor they were already bushed, you could tell. We would cheer them as they went past, but we were glad to be going the other way.

Already the scene was clouded by a pall of dust that was to become familiar over the devastation in Manhattan. The photographs taken by the tourist, who was one of those to escape, show people running the wrong way down escalators, racing to reach the pavement, running as far away from the building as possible.

Others stand in the sunlight out-side, muted by shock, their suits torn and dirty, standing still and wondering with disbelief at what has happened around them.

Why US Govt. And Saudi Arabia Don’t Want Americans Knowing the Truth About 9/11

Russia Today Declares ‘9/11 Was An Inside Job’

This Is The Best 9/11 Video You Will Ever See