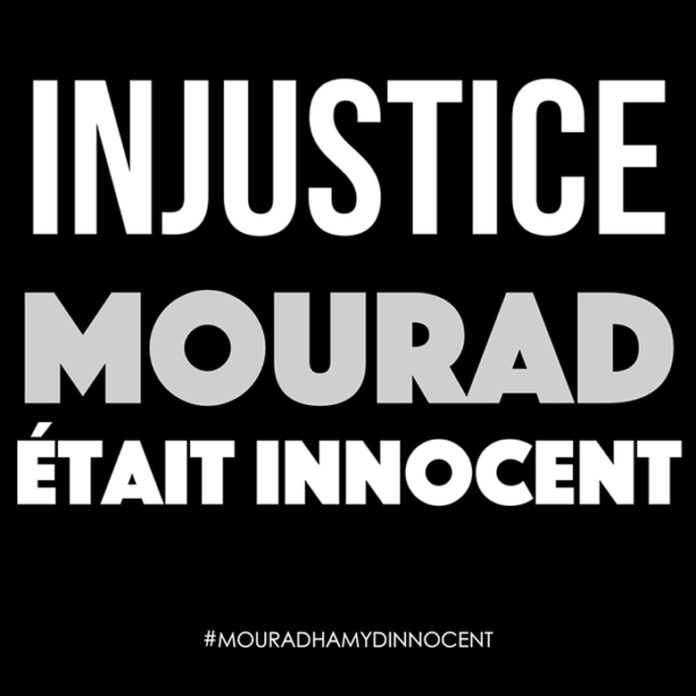 Classmates of Mourad Hamyd, an 18-year-old who was named as one of three suspects in the Charlie Hebdo terror attack and accused of being the getaway driver, have defended him on Twitter.

Soon after the news broke out that Hamyd turned himself in to police in his home town of Charleville-Mézières and is being held in police custody, teenagers claiming to be his classmates started tweeting under the hashtag #MouradHamydInnocent saying he was in class when the masked gunmen opened fire and brutally murdered 12.

“He’s in my class, and he was there for lessons this morning,” wrote @babydroma.

@babydroma later tweeted: “My father told me that he’s proud of my tweets and that I’m supporting Mourad”.

“What is this madness, Mourad Hamyd was with me this morning,” wrote @ AnyceDz

“He was with me in high school; I saw that smile this morning as usual. Please support,” wrote @_Wissem_Sankha

“Imagine that you went to class with your mate, and then in the evening he is accused of [taking part in] the attack. Please retweet #MouradHamydInnocent,” wrote @_neednobody

“Was the 18 -year-old terror suspects at school yesterday? @sissvik, followed by Barack Obama, re-tweeted. “He was in high school all morning. There are plenty of witnesses”.

On January 9, Hamyd’s classmate ‏@Ilyeessoouu posted on Twitter that he had been released