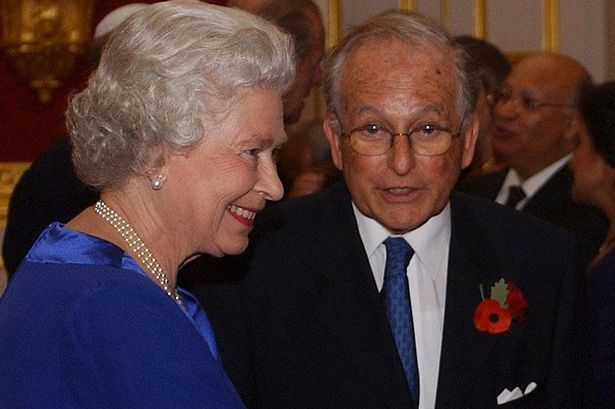 United Kingdom — Lord Janner has finally appeared in court to face child sex abuse charges. The former Labour peer appeared for a brief preliminary hearing at Westminster magistrates’ court after his legal team lost an appeal to prevent him from having to attend. The appeal followed repeated efforts by his lawyers to avoid showing up whatsoever.

After judges warned he would face arrest if he did not appear, the full hearing took less than 12 minutes, during which Janner was accused of 15 counts of indecent assault and seven counts of a separate sexual offence. The charges were a result of claims by nine total complainants, according to a BBC report.

Janner is just one of a string of U.K. establishment figures, ministers, and institutions accused of child sexual abuse and resulting cover-ups.

He is accused of 22 child sex abuse allegations, in which he allegedly molested nine boys over three decades. His family has consistently denied claims that he used his power to abuse vulnerable boys at a children’s home, though lawyers have fought against his prosecution on the grounds that he is suffering from advanced dementia.

The core allegation was that Janner befriended the manager of a children’s care home to gain access to juveniles so he could perpetrate serious sexual offences. After a police investigation interviewed dozens of alleged victims who claimed they were abused by the now 87-year old Janner in the 1970s and 80s, the Crown Prosecution Service concluded there was enough evidence to prosecute him for 22 offences.

In April, the Crown Prosecution Service ruled Janner would not face sex charges as the severity of his dementia made him unfit to face trial.

However, an Independent Review in June forced the Director of Public Prosecutions to make an embarrassing u-turn and the controversial decision was overturned.

According to The Guardian, earlier this week lawyers for both sides attempted to hash out a solution with Janner’s legal team, claiming that insisting he attend court would have a “catastrophic impact” on his health. This was dismissed by Lady Justice Rafferty and Mr. Justice Irwin, who reiterated the strong public interest in suspects attending court.

Yes, we agree, M’lady — particularly establishment figures accused of sex crimes, regardless of  how bewildered they are.

After describing Janner’s current condition, lawyer Paul Ozin claimed on Thursday that bringing him before a court would violate human rights, specifically, prohibitions on torture, inhumane, or degrading treatment — an argument rejected by Rafferty and Irwin.

“There is no question of torture, or of inhuman and degrading treatment or punishment,” Rafferty said, claiming that even if Janner was to suffer an adverse reaction, it would be “very short-lived and, as a consequence of his condition, rapidly forgotten.”

As Jammer’s alleged victims struggle with the catastrophic consequences of abuse for the rest of their lives (minus the luxury of “rapidly” forgetting), is it just me, or is this pussyfooting around Janner in really bad taste?

“It is barbaric, inhuman and uncivilised to expose a very vulnerable person to the experience I have alluded to,” Ozin told the High Court.

“Barbaric, inhuman, uncivilised?” “Catastrophic impact?” Anyone would think these comments were alluding to crimes perpetrated on defenceless children, but no, they refer to protecting an alleged prolific paedophile.

After today’s momentary appearance, Janner was released on unconditional bail. According to the Twitter feed of Exaro News, Janner faces 16 charges of indecent assault and six counts of buggery with nine boys. The case will be heard at the Southwark crown court on Sept 1.

Protecting the System at all Costs: The Elite Pedophile Ring Cover-Up

UK: Lord Sewel Resigns From House Of Lords After Prostitute And Cocaine Scandal

This article (Lord Janner Finally Appears In Court, Accused of 22 Child Sex Crimes) is free and open source. You have permission to republish this article under a Creative Commons license with attribution to Michaela Whitton andtheAntiMedia.org. Anti-Media Radio airs weeknights at 11pm Eastern/8pm Pacific. Image credit: Gibnews. If you spot a typo, email [email protected].