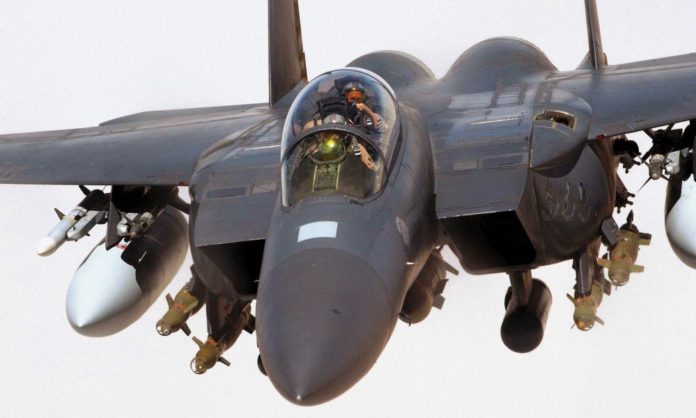 The US bombed a crucial outpost of a pro-government Iraqi militia near the contested city of Mosul right after the militia has successfully repelled an ISIS offense.

Iraqis are accusing the US-led coalition in Iraq of helping ISIS after an ‘accidental’ air strike provided cover for the terrorist group. 21 pro-government militia members were killed in the airstrike this past Wednesday in the Qayyara region only 60 kilometers from the contested and strategically important city of Mosul. The region has been under ISIS control since 2014. The local Iraqi police confirmed the attack and a US defense official told AFP that the strike had “most likely” been carried out by the US jets. The Iraqi militia, which is one of the few pro-government militias fighting Islamic extremists in the area, is led by Sheikh Nazhan Sakhr al-Lihaybi, who said that his group had just finished successfully repelling an ISIS attack when it was bombed. The militia’s outpost was also bombed in the air strike and, according to al-Lihaybi, was the group’s must crucial outpost in the area. Canadian Brigadier-General David Anderson of the US-led coalition said that they would investigate the incident.

This “accidental” airstrike confirmed the fears of many other Iraqi militias in the area, who perceive the continuing US military presence in Iraq as an occupation and had previously expressed fears of falling victims to US air raids. One anti-ISIS militia member, Hassan al-Kaabi, expressed his views that the US military is not actually there to help Iraqis liberate Mosul from ISIS saying that “They are an occupation force that pretends to be assisting us.” This popular sentiment, likely to grow even greater after this “accidental” airstrike, threatens to endanger cooperation between Iraqis and a new deployment of US soldiers to Iraq who will “assist local forces in the battle to retake Mosul.”’ The deployment, announced late last week, will involve around 600 new troops and is the third such boost in US troop level since this past April. After the new deployment an estimated 5,262 US troops will be stationed in Iraq.

This latest airstrike is not, by any means, the first time the US-led coalition has “accidentally” bombed pro-government forces fighting Islamic extremists. In December 2015, dozens of Iraqi government soldiers were killed with scores more injured when US jets bombed their positions in the Anbar province. Afterward, US Secretary of Defense Ashton Carter “expressed his condolences” to the Iraqi Premier Minister. Just a few weeks ago, in nearby Syria, the US “accidentally” bombed an airbase of the Syrian Army, killing 62 soldiers and injuring over 100. Less than 7 minutes after the strike, ISIS launched an offensive against the airbase, suggesting that they had prior knowledge that the strike would be taking place. This bombing in particular was largely credited with dooming a ceasefire in Syria jointly brokered by the US and Russia.

In addition to accusations of helping ISIS, US coalition airstrikes targeting ISIS often cause staggering civilian causalities. Last year, a group of independent journalists published details of 52 US airstrikes that were meant to target ISIS and found that at least 459 civilians had been killed, with more than 100 of them being children. The actual number is actually much higher as more than 5,700 air strikes have been launched in the campaign since it began in 2014. The US has only officially acknowledged 2 civilian deaths over the past two years. Considering that the US is now trying to build popular support for military strikes against Assad for the attacks on Aleppo that have led to an estimated 100 deaths of children, it is certainly convenient that they have failed to mention that their own airstrikes have killed scores more. For this reason and others, some have suggested that the reason behind the US-led push to cease fighting in Aleppo is not about protecting children as much as it is about preventing further losses for the Islamic State. This view is also supported by reports that Russia recently killed 30 US, British, Israeli, and Turkish military officers who were in extremist-held territory and allegedly helping ISIS. Any future US airstrikes, accidental or intentional, should clear up any remaining doubt as to whom they are really supporting.