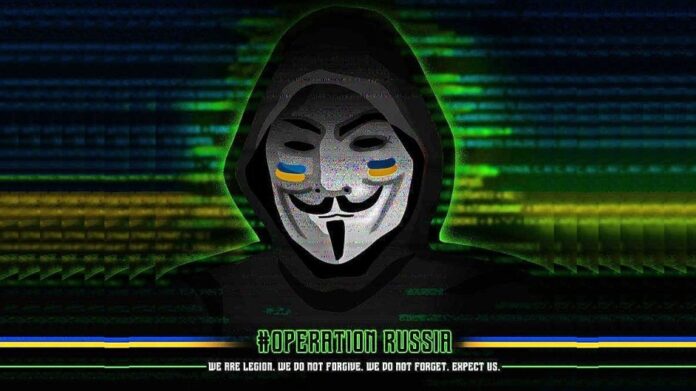 Greetings citizens of #Russia. This is a message from #Anonymous.

You are being trapped behind an iron curtain of propaganda, with your government attempting to keep you from being a part of the international conversation, out of fear for what you might find out. Many of you may not even know the true reason behind the recent bank runs and economic problems being faced in your country. We have received reports that global events have been getting very little airtime on Russian media, despite the fact that Russia is at the center of a global crisis. The regime of Vladaimir Putin has been carrying out war crimes with his recent invasion of Ukraine, which has caused a massive refugee crisis and countless deaths. If you know about the war by now you may have been told that NATO was to blame for this dispute. It may be true that NATO is to blame for most of the military violence that takes place across the planet, but this is one of the rare cases where they are actually in a defensive posture. NATO’s history and positioning in Europe does not justify Putin’s full scale bombing and invasion of a neighboring soveirgn nation. Putin’s aggressive actions in #Ukraine have sparked outrage around the world, which is why the sanctions on the country have been tightened. Sadly, this is a terrible strategy that the governments of the world have taken, because sanctions do not hurt Putin, they will only hurt the average people like you, who are not responsible for this war. Most rational people around the world understand that you are not to blame for the actions of your leader. In fact, we see that many of you have protested against the war and resisted in various other ways, risking over a decade in prison, or worse, if you are caught. Most people in the world want peace. The only people who want war are those with power who are able to benefit from it. Other countries around the world are waging economic warfare on Russia to prevent Putin’s regime from succeeding in Ukraine, and it is only going to get worse from here. It is a terrible situation that you have been put in, but your only option to prevent the impending economic collapse and potential world war is to take actions to resist the war and the regime and Vladamir Putin.

The world does not want you to suffer, but sadly our governments are treating us all like pawns in their grand game of chess, and Putin has put the Russian population up as a sacrifice. At this point, the most peaceful way that this conflict could end, would be for the people of Russia to rise up against Putin and remove him from power. We have your back, and we will be providing cyber assistance throughout the struggle.