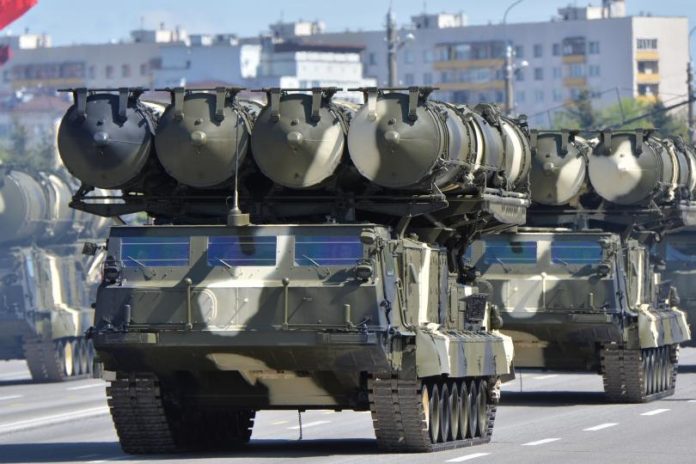 The belligerence of American foreign policy may well reap more death and destruction as warnings come from Russia. Russia has suggested that they will shoot down aircraft posing risk to Russian troops in Syria, namely pointing out U.S. plans to proceed with their plan to strike Assad’s forces inside Syria.

The Washington Post published a report, documenting the wants of military strikes against the Assad regime. This comes not long after the U.S. admitted guilt – though claimed it an accident – of the bombing that claimed Syrian troops’ lives in the eastern province of Deir al-Zour, earlier this year.

The likelihood of such attacks, states the Washington Post’s Josh Rogan, are slim, but nevertheless, concedes that the CIA and the Joint Chiefs of Staff are supporting “limited” military strikes, even humoring the possibility of striking the Assad regime without the UN Security council resolutions in place, but rather, covertly and without public knowledge.

In Yerevan, Oct. 4, a Russian S-300 (anti-aircraft) air defense system was delivered to Syria. Defense Ministry spokesman Igor Konashenkov told reporters that it is there to “provide protection for the naval logistics facility in Tartus and the Russian Navy’s task force,” and the Khmeimim airbase.

Konashenkov added that the radius of these systems could lead to “a surprise” to all those flying objects that remain unidentified, reports RT.

The warning comes after such leaks in the western press surfaced, about the possibility of airstrikes against Syrian government forces.

“Of particular concern is information that the initiators of such provocations are representatives of the CIA and the Pentagon, who in September reported to the [US] President on the alleged controllability of ‘opposition’ fighters, but today are lobbying for ‘kinetic’ scenarios in Syria,” Konashenkov added.

“Therefore, any missile or air strikes on the territory controlled by the Syrian government will create a clear threat to Russian servicemen.”

“Russian air defense system crews are unlikely to have time to determine in a ‘straight line’ the exact flight paths of missiles and then who the warheads belong to. And all the illusions of amateurs about the existence of ‘invisible’ jets will face a disappointing reality,” Konashenkov explained to the media.

The Obama regime has been reluctant to approve such an aggressive move in Syria, in the past. Nevertheless, Russia has put out the warning: you attack the Assad regime, you attack us; and there may be a price to be paid.

This article (Russia: Defense Systems in Place, US-led Coalition in Line of Fire if Syrian Army Attacked) is a free and open source. You have permission to republish this article under a Creative Commons license with attribution to the author AnonWatcher and AnonHQ.com.