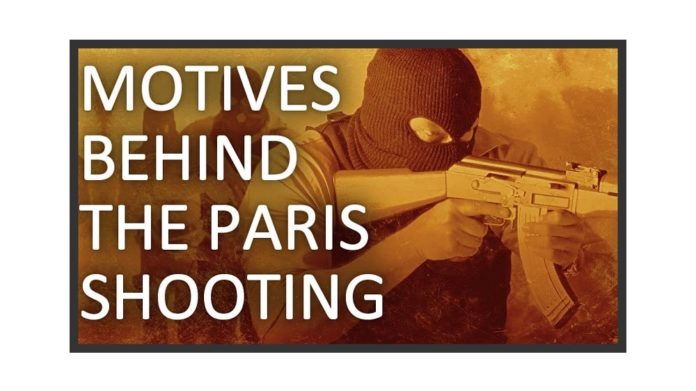 Why did the three terrorists attack Charlie Hebdo’s office on January 7 and kill 12 people? While the general notion is that they were punishing the satirical magazine for poking fun at Islam and Shariah law via cartoons hence motivated by religion, people continue to debate why it happened.

People also searched for answers when mass shooter Anders Breivik murdered 77 young social democrats in Norway in 2011. He believed that the ‘Cultural Marxists’ were involved in ‘Islamisation of Europe’ so he shot them. He was not cast as a victim of circumstance (an alienated man driven to extremes by a deepest sense of injustice), and neither was Norway blamed for its ‘ideology’ (how immigration and Cultural Marxism might indeed have gone too far). Instead, Breivik was depicted as nobody who wanted to be somebody by slaughtering innocent people for a cause he discovered on the Internet. He would have been treated differently had he committed this atrocity in the name of Islam; his 1,515-page manifesto that described his motivation, would not have been dismissed as irrational.

This has been a pre-dominant response to Islamist violence ever since Salman Rushdie was threatened with murder in 1989 for writing The Satanic Verses. Liberal experts accused him of ‘insulting Islam’. People who should have defended Rushdie’s right to free speech were instead busy debating the frenzied reaction to a work of fiction. The intimidating influence of religious violence and self-claimed Islamic leaders was evident even when Yusuf Islam hoped that Rushdie be burned in actuality in front of a televised panel that included a police superintendent; except for writer Fay Weldon, no one challenged him.

The New Yorker’s George Packer described the Charlie Hebdo attackers as “soldiers in a war against freedom of thought and speech, against tolerance, pluralism, and the right to offend—against everything decent in a democratic society”. Writers like Packer disconnect the average Muslim from acts of terrorist violence by undeniably classifying the perpetrators as mere glory seekers. It is those who speak sympathetically of Muslim Anger, on the other hand, who are adopting the working narrative of Islamism, and binding all Muslims to the violence committed in its name.

In May 2013, Michael Olumide Akinbiyi Mujahid Adebolajo, 28, and Michael Oluwatobi Adebowale, 22, both British citizens, in broad daylight on the streets of London brutally attacked, savagely slaughtered and beheaded a British soldier identified as Lee Rigby, 25, who had returned from Afghanistan. While the two claimed they were motivated by the suffering of Afghan and Iraq civilians, yet such act of terrorism was never committed by Afghan and Iraqi refugees living in the UK. British and European citizens join the Islamic State in hordes influenced by the sufferings of Iraqi and Syrian civilians. But their desire for justice fades as they go about occupying, slaughtering, enslaving, and raping their way across Iraq and Syria. The selective narrative of Islamism — and the Muslim Anger it stokes — has a sequence. First, go to the head of the line if your suffering can be attributed to American, European, or Israeli military or political policy. After that, comes a Muslim suffering at the hands of other non-Muslim governments. Next up is, anyone harmed by Muslim authorities seen to be serving the interests of non-Muslims.

As Packer points out, “A religion is not just a set of texts but the living beliefs and practices of its adherents”. Islamism, which is a form of totalitarianism—politics as religion, religion as politics— in which violence serves a will to absolute power in the name of God, is hijacking Muslims, because it is preached by some few, but powerful Islamic leaders. It marginalizes and threatens those who renounce it. It labels anyone who speaks of reform as blasphemous traitors. It distorts young minds by raising youth with a simplistic worldview of eternal conflict between a Muslim ‘us’ and a non-Muslim ‘them’ in which the aim is to become a warrior. This Islamic teaching of this few powerful misleading pseudo-Islamic leaders who are often just craving for more power,  values Muslims only as instruments for their agenda. Can the Muslims recover from this perversed and distorted ideology and propaganda of this few pseudo-Muslim leaders who seek to label and control them? Those who validate Muslim Anger after Islamist mayhem are doing Radicalism’s work— they are appointing its proponents as the voice of world’s 1.6 billion Muslims.

Charlie Hebdo staff was murdered by nobodies seeking glory in the endless global conflict laid out for them by Islamism, marketed by slick internet campaigns. Terrorists’ imaginary sense of offense at ‘insulting’ cartoons was pretexts for their actions, not reasons.

The Dark Truth: The Terrorist Trio of Charlie Hebdo Massacre Were Radicalized In Paris