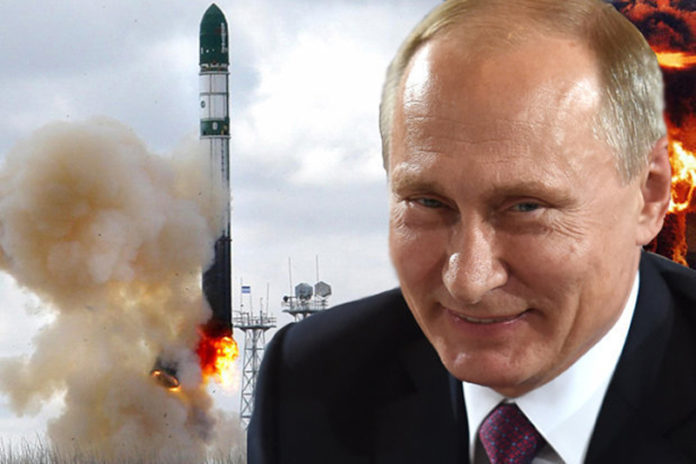 The Russian Ambassador to the US has warned of “consequences” after the US and its allies launched a coordinated military action against Syria.

Russia feels threatened by the US decision to strike Syrian targets in retaliation for the alleged chemical attack in Douma on April 7, which Moscow believes was staged.

“A pre-designed scenario is being implemented. Again, we are being threatened. We warned that such actions will not be left without consequences,” Anatoly Antonov said in a statement on Friday night. “All responsibility for them rests with Washington, London and Paris.”

Despite repeated warnings from Russia, US President Donald Trump has ordered American forces, along with their British and French allies, to strike military targets in Syria on Friday night. The Russian military operating in Syria was not notified about the American targets in advance, General Joseph Dunford, Chairman of the Joint Chiefs of Staff, told reporters following the attacks.

The US “specifically identified” targets to “mitigate the risk of Russian forces being involved,” Dunford said. “We used the normal deconfliction channel to deconflict airspace. We did not coordinate targets.”

While Trump said that the purpose of the US actions is to “establish a strong deterrent against the production, spread, and use of chemical weapons,” Antonov reminded that “the US – the possessor of the biggest arsenal of chemical weapons – has no moral right to blame other countries.”

The combined decision by the US and its allies to strike Syria comes after Russian Defence Ministry spokesperson Major-General Igor Konashenkov presented evidence claiming that last Saturday’s alleged chemical attack in Douma was orchestrated.

The attack also comes just hours before experts from the UN Organization for the Prohibition of Chemical Weapons (OPCW) were scheduled to visit Douma on Saturday to determine whether chemical weapons had indeed been used there.

Amid escalating tensions in the region, Russia has repeatedly warned the US and its allies against taking any military action in Syria, as it might lead to grave consequences for the whole world, especially given the fact that Russian troops are deployed in the country. Moscow also suggested that it will shoot down any projectiles that threaten Russian personnel fighting jihadists in Syria.

So far, there is no information that Russian citizens have been injured in the strike, the embassy in Damascus told RIA.