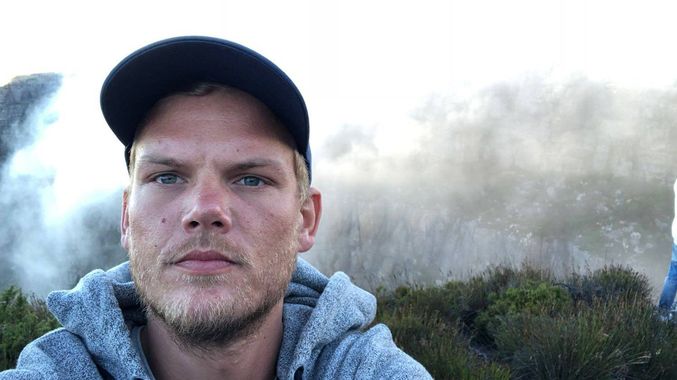 Disturbing links between the death of Avicii and the elite pedophile rings he was working to destroy continue to surface, with friends of the DJ and producer stating the 28-year-old multi-millionaire had dedicated the rest of his life to “protecting vulnerable children” and exposing the international elite predators that “abuse and rape children for sport.”

Swedish superstar DJ Avicii died under suspicious circumstances last week while in Muscat, Oman, and his death rocked the entertainment world. Avicii, born Ted Bergling, was a pioneer of the contemporary EDM scene and a rare DJ capable of selling out arenas around the world.

He won two MTV Music Awards, one Billboard Music Award and earned two Grammy nominations. His biggest hit was “Le7els.” However it is his explosive directorial debut video “For A Better Day” that has raised fears that 28-year-old Avicii’s untimely death was not natural.

The Avicii video ‘For a better day’

The “For a Better Day” video is deeply disturbing and doesn’t hint so much as shout from the rooftops about what Avicii knew about elite pedophile rings. According to friends Avicii had become a passionate defender of vulnerable children around the world after witnessing “unimaginable horrors” while mixing with the world’s entertainment industry and political elite.

For his first video as director, Avicii chose to shine a spotlight on the elite pedophilia epidemic. “For a Better Day” tells the story children being sold as sex slaves to elite child traffickers. The video shows two children escape by jumping off a cliff into the ocean, before returning as adults to get exact bloody revenge on the powerful elite pedophiles who abused them as children.

By appearing as one of the grown-up children in the video, Avicii clearly demonstrated which side he was on, and despite record label warnings that the video was “commercial suicide”, decided to make it clear that exposing the elite predators was more important than making money.

At the end of the video, it is revealed that the elite pedophile ring Avicii had in his sights goes all the way to the top of government. In the video the leader is killed and “pedophile” is branded on his body. However in reality, it was Avicii who met an untimely demise, joining Chester Bennington and Chris Cornell as famous musicians who have died before their time under suspicious circumstances after vowing to expose the elite pedophiles.

Was Avicii silenced for his views? As a successful and popular young artist with a following of tens of millions of young people around the world, he was in a position to redpill the masses. As the untimely deaths of a growing number of anti-pedophile activists proves, this type of work is incredibly dangerous in today’s world.

Are all of these deaths related, or is it all a big coincidence?

Audioslave frontman Chris Cornell was found hung from a door in his Detroit hotel room in May 2017. His death was quickly ruled as a suicide, despite objections by his colleagues and family. Detroit police wrapped up their investigations quickly and the Wayne County Medical Examiner’s Office ruled the death a suicide, but investigators are claiming that unexplained gaps in the official timeline of Cornell’s final moments and suspicious inconsistencies in the records suggest that Cornell’s death was not suicide at all, but a premeditated homicide and cover up.

Just like Avicii, Cornell had witnessed “horrors” perpetrated against children while associating with industry and political elite, and he and his wife created a foundation to prevent the sexual exploitation of vulnerable children.

Close friends of Cornell say that he was shown a “black book” that included the name of one of his professional associates. After setting up his foundation, IfOnly, and investigating further, Cornell was close to exposing a network of pedophiles working within the entertainment industry – a dangerous job that he considered his “duty.”

But his friends believe he was taken out before he finished the job.

Linkin Park frontman Chester Bennington was found dead in July 2017, just one month after his close friend Cornell. While the official cause of death was also suicide by hanging, his friends, family, and fans expressed outrage at the verdict. Even though it was claimed that Bennington suffered from depression which allegedly led to his suicide, he also suffered horrific sexual abuse  as a child from someone he referred to as an “older man.”

Bennington announced weeks before his death that he was about to “go public” with his sexual abuse history.

Chester Bennington was a mature, well-adjusted man who had exorcised his demons and had dedicated the rest of his life to fighting for others – including his six children and his godson, Christopher Cornell – and exposing the pedophile ring in entertainment industry.

However evil forces seem determined to shut these kind of people down.

As details of Avicii’s death continue to emerge, it is worth keeping an eye on who pushes hardest against investigations into the real cause of his death and attempt to shut down anyone who raises questions. They may be involved in the cover-up.